Back in January, we noted that in New Hampshire, whose State motto is "Live Free or Die", Rep. Norman Tregenza had submitted a "Legis 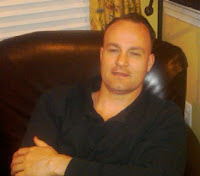 lative Service Request" (LSR) that perked our ears up:

The bill was formally introduced as HCR 13. We're happy to say, it was voted UP in the State-Federal Relations and Veterans Affairs Committee, and sent to the floor with a recommendation to pass it! The bill is scheduled to have a full vote on the floor of the State House of Representatives on March 15 -- and it stands a good chance of passing!

Great job, Rep. Tregenza! Maybe now we'll see the "Gold Money Bill" introduced again, too. Or maybe a legislator there can even introduce a NH version of the Constitutional Tender Act itself? Even nicer.
Posted by ConstitutionalTender at 4:30 PM