The Daily Bell is has this exclusive interview with Thomas Jacob:

Daily Bell: Please tell us about your idea for a gold franc. 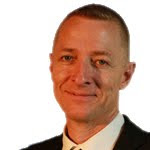 Thomas Jacob: Gladly. The idea is the result of my interest in free market economics and especially my conviction that a commodity money is the most effective way to curb government involvement in the economy. The idea is simply to re-introduce an additional gold-coin currency in Switzerland on the constitutional level.

Daily Bell: Is this similar to the idea of a silver libertad being pursued in Mexico?

Thomas Jacob: The similarity is that it is a legal parallel currency and a commodity money. The difference is that the Swiss gold franc will be a privately issued money. The government’s role is limited to defining the appearance and the gold content of the coins and to protecting honest business practices.

Daily Bell: Where are you with your program?

At the same time a group of dedicated politicians and economists, including I, have founded the gold franc association to coordinate the activities to help realize the idea on a non-partisan basis.

Daily Bell: What are the next steps?

Thomas Jacob: The appropriate commission will discuss the proposal probably in the winter session. They will either accept and work on it or it goes directly to the parliamentary floor. Should they also unexpectedly have no interest, we will start a popular initiative. With 100,000 signatures the voters can vote on it directly, independent of whether the politicians like it or not.

Daily Bell: Are you hopeful?

Thomas Jacob: No, I am confident. The time is right; the issue simple. We are talking about freedom of choice in monetary matters, something that cannot be opposed in good faith. It is not primarily about attacking today’s monetary system, but giving people the freedom of choice. If today’s monetary system remains as good as today’s authorities claim it is, they shouldn’t worry – if it isn’t, we, the people, shouldn’t be forced to use it.

READ THE FULL ARTICLE HERE...
Posted by ConstitutionalTender at 2:29 PM