We came very close - just 52-48 - to getting another sound money bill passed, this time in Montana. Interesting approach: It would have required all taxes on cigarettes and tobacco products be paid in precious metals. Well, it's certainly a start.

HELENA — The House narrowly defeated a bill Tuesday that would have required the state to back some of its transactions with gold and silver coins.

House Bill 513, by Rep. Bob Wagner, R-Harrison, would have established a state reserve of silver 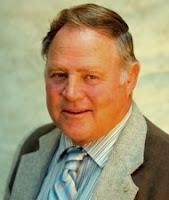 and/or gold in various forms to accommodate transactions using the tobacco tax revenue stream. Wagner said the bill would have required Montana state government to trade with some taxpayers and contractors in units of gold, starting with those who pay taxes on tobacco products.

Wagner said the bill would protect "honest money" from "political manipulation and value."

"To return to this system of honest value, former Federal Reserve Chairman Allen Greenspan suggested that a system would need to be developed to operate in a dual currency," Wagner said during floor debate on the measure.

Supporters say the new currency exchange would be "separate and parallel" to the traditional exchange of federal notes...

Posted by ConstitutionalTender at 9:18 AM