"The GOP's New Gold Rush: Inside the conservative plan to take down the Fed from the bottom up"

Aaaand... Mother Jones joins the chorus of left-wing publications waking up and realizing that we're making progress at the State level. It's a fairly typical media piece, not severely denigrating, but including enough silly quotes from establishment economists - "make wampum legal tender" - and getting enough facts wrong, like using "pre-1985 Golden Eagles" (what?) - to render the article pretty much useless in terms of helpful information for anyone that actually wanted to learn more. At least they included a bunch of good links. And I did like how he subtitled the article, "Inside the conservative plan to take down the Fed from the bottom up" - taken directly from my paper & article at Tenth Amendment Center. -- BGAfter three decades of railing against America's monetary policies, Congress' most famous gold bug and anti-Fed crusader, Rep. Ron Paul (R-Texas), doesn't have much to show for his efforts 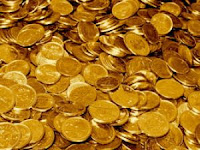 on the national level.

But Paul's message finally seems to be gaining traction outside Washington. Since the beginning of 2009, lawmakers in more than a dozen states, with the backing of conservative organizations like the Tenth Amendment Center and the American Principles Project, have introduced bills promoting the use of gold and silver currency for everything from buying groceries to paying taxes. Last week, Utah became the first state to enact such legislation, declaring gold and silver coins from the US mint legal tender, and creating a commission to study the efficacy of this move.

Other proposals, in Georgia and Iowa, would mandate that all state taxes be paid in gold and silver. In Montana, a "sound money" bill that would have required all taxes on cigarettes and tobacco products be paid in precious metals was narrowly defeated on Monday.

Some supporters hope the movement will succeed where Paul's efforts have fallen short—by bringing down the Federal Reserve system from the bottom up.

"It's much more difficult to be lobbying against one bill than it is against 50 bills," says Bill Greene, a conservative activist and political consultant whose sample legislation has served as a foundation for a bill that's currently before the Georgia legislature. "As soon as one state passes a sound money bill, that state is going to reap the most benefits first. That'll open the floodgates and get the ball rolling and more and more states wanting to do it."

READ THE FULL ARTICLE HERE...
Posted by ConstitutionalTender at 4:07 AM