"The Clock Is Ticking"

Believe it or not, there is actually something good that came out of the dog-and-pony show over our debt ceiling. Even though Washington chose to do exactly what we knew they would – kick the can down the road – the debate has brought some facts about our nation’s financial condition into the open. 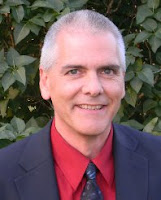 Fact #1 – we are broke. While tens of millions of Americans still believe that money from government programs can and should continue to flow without consequence, millions more are discovering that if our insane policy of deficit spending continues, it will end badly.

Fact #2 – we are on the clock. While this fact is not yet widely understood, people are awakening to the reality that because we are broke, we have a limited amount of time to truly change our ways – very limited.

The bill Congress passed provides us with a timeline showing when the U.S. dollar crisis will come to a head. This long anticipated event will happen as the United States government approaches its new debt ceiling limit of $16.7 trillion.

If you think the drama surrounding raising the limit was extreme this time, you haven’t seen anything yet. Expectations have been solidly set that by the time it comes up again, Congress will have put in place measures to once and for all, solve our fiscal problems by getting spending under control.

That is not going to happen.

Projections are already being made that the $16.7 trillion limit will be reached in 1Q13. However, Washington D.C. is notorious for making projections that are too rosy. Furthermore, our economy is rapidly moving into a “double dip” recession. That means revenues will soften as expenditures (unemployment, food stamps, etc.) continue to rise.

If the double-dip is severe, it is possible that we could reach the debt limit well ahead of schedule - near next year’s Presidential election. Consider what that means. A bitterly divided (and economically ignorant) Congress would be fighting for re-election during a full blown sovereign debt crisis. Gridlock of the most extreme nature would paralyze Washington when bold, decisive action is warranted. Not a pretty picture. Even if this scenario does not materialize, 1Q13 is only 18 months from now.

The clock is ticking people. This is it. Understanding this, each and every one of you should be moved to get involved to enact sound money laws in your state. It will be your best and possibly only protection from what is coming. You should also get serious about accumulating some sound money of your own.

Eighteen months max. The 2012 state legislative session may be your last chance to enact constitutional tender laws in time to implement them prior to some very challenging economic times. Encourage legislators and sound money proponents from your state to attend the national Sound Money Summit, scheduled for September 26th and 27th in Deer Valley, Utah. Sound money legislation will be crafted and acted upon. Details will be posted at the Sound Money Center when released!

Posted by ConstitutionalTender at 9:59 AM