"The Gold Standard: A Litmus Test For GOP Candidates"

...More than half of the current Republican aspirants have moved monetary policy — and the strong dollar — as a key campaign plank, half of these calling for the gold standard. More are likely to weigh in. The gold standard, in only two years, has moved from a perceived-fringe prescription to the mainstream. How? 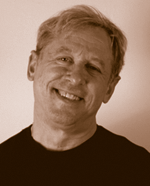 Fed Chairman Ben Bernanke “primed the pump,” not in a good way, of public interest with his two QEs. This raised popular awareness of, and ire about, monetary policy. The record shows that a small group of thought leaders effectively championed the gold cause.

In roughly chronological order this may be said to have begun with the forum which John Tamny, on Forbes’ Opinion pages and at RealClearMarkets, gave pro-gold advocates such as Brian Domitrovic, Charles Kadlec and Nathan Lewis — and with consistently savvy support for gold from the New York Sun under the editorship of Seth Lipsky.

Onto this fertile ground came Princeton Professor Robert George’s American Principles Project, chaired by Sean Fieler; then Judy Shelton’s Atlas Sound Money Project. The dynamic was supercharged by World Bank Group’s president Robert Zoellick’s famous gold FT op-ed; then by the formation of the Lehrman Institute’s The Gold Standard Now (for which this writer serves as editor); a call for gold by conservative champion Rep. Mike Pence in a major speech before the Detroit Economic Club; major op-eds by Sean Fieler and Jeff Bell, Charles Kadlec and Lewis Lehrman, in the Wall Street Journal; an important Reagan centennial gathering of supply side titans at the Manhattan Institute; an endorsement by the Weekly Standard‘s Bill Kristol; the most important Congressional hearing on monetary policy in at least a generation conducted by domestic monetary policy subcommittee chair Ron Paul; the high-profile championship by former presidential candidate and CEO Steve Forbes; and, most recently, an endorsement by Mundell...

...Stir in the populist power of the Tea Party, especially that of electoral bellwether Iowa’s Tea Party coordinated by Ryan Rhodes and April Linder. Add a sprinkle of state activists, such as Larry Hilton, who have, with assistance from American Principles In Action, moved gold standard legislation originally inspired by Dr. Edwin Vieira into law in Utah and are moving it forward elsewhere.

This is what moved the gold standard, decisively, from the realm of mavericks and social dystopians to mainstream conservative, and even Republican presidential candidate, policy. The gold standard’s momentum is building fast.

READ THE FULL ARTICLE HERE...
Posted by ConstitutionalTender at 9:22 AM