Objection: “This Note Is Legal Tender!”

In short, it was going to be difficult, all around. Why? Because the bill would actually return the State of Georgia to obedience to the U.S. Constitution… and we knew that almost every single legislator there was clueless about what the Constitution actually required, at least when it came to monetary policy.

So, when the bill (which did get one co-sponsor — Rep. Barry Loudermilk, who later won a seat in the State Senate and is now running for U.S. Congress) was assigned to the Banks and Banking Committee, we were happy. Not only was that the right committee, it was a good committee, for a number of reasons… not the least of which was, because the Chairman was a friend of mine for whom I had campaigned when I lived in his district.

I knew he was a staunch limited-government conservative. I knew he took his oath to the Constitution seriously. And I knew he would be willing to at least listen to why this bill was needed. So when I asked him to actually give the bill a chance, he said he’d “do what he could”. And he did — he assigned it to not one, but two subcommittees, and we set to work with a coalition of grassroots activists across the State to pressure at least one of those Chairmen to hold a hearing.

Honestly, we didn’t hold out much hope for that happening. It was late in the session, which made it more unlikely we’d see any action at all. So, when we suddenly got word that there would be a combined subcommittee hearing for the bill — and soon — we were very happy. We quickly organized our supporters, put together our supporting speakers, and made sure we had a great turnout for the hearing.

For me, one of the most interesting aspects of that first hearing was the questions and comments made by the legislators on the subcommittees (and by the speakers in opposition). That experience helped me to draft an improved version of the bill in the next session (HB 3 — since we didn’t get a vote after the first hearing), to cover areas that obviously needed revision. It also helped me to realize that I had actually underestimated the legislators’ lack of understanding of what the Constitution requires when it comes to “legal tender” in the States.

That point was driven home when another State Representative on the committee — again, someone I had dealt with a number of times in the past, whom I knew to be a pretty strong limited-government conservative who often spoke strongly in favor of strict constitutionalism — took out a dollar bill during the hearing, held it up, and asked me point-blank:

“This Federal Reserve Note printed by the United States of America… it’s stamped on here, it says that ‘This note is legal tender for all debts, public and private’… and it has the force of law, correct?”

First, I made a small correction in his statement — Federal Reserve Notes are only technically printed by the United States government (Bureau of Printing and Engraving); they’re printed for the Federal Reserve, which of course is not an agency of that government. Then I responded that yes, it is U.S. law that FRNs are legal tender for all debts, public and private; but I also reminded him that the U.S. government is under the U.S. Constitution, so any “law” that’s passed only has the force of law if it’s Constitutional. (He asked me if it has been found to be unconstitutional by any court, to which I replied, “Not yet.”)
The point which he was trying to make, in the limited amount of time we had, was that Congress had passed a law declaring Federal Reserve Notes to be “legal tender for all debts, public and private,” and so, he believed, States are required to obey that law and use FRNs for all debts owed by and to the State. Therefore, he claimed, the Constitutional Tender Act — which would force the State to once again not “make any Thing but gold and silver Coin a Tender in Payment of Debts”, as required by Article I, Section 10 — was unnecessary, since Georgia was in compliance with federal law.

But the point which I was trying to make in response, in the limited amount of time we had, was that since that section of the Constitution has never been amended in any way, the State was still required to only use gold and silver for all of its debts, regardless of anything that Congress may tell them to do to the contrary — because Congress cannot force States to disobey the Constitution. As noted in our FAQ,


“Laws passed by Congress, such as legal tender laws, cannot contradict the Constitution. Article I, Section 10 states very clearly: ‘No State shall… make any Thing but gold and silver Coin a Tender in Payment of Debts.’ Therefore, if any State accepts or pays with – in other words, “tenders” – any other ‘Thing’ (such as Federal Reserve Notes) except gold or silver coins, it is in violation of the Constitution. It’s that simple.

Another thing to consider is that the U.S. Supreme Court itself has stated in Lane County v. Oregon, 74 US 71 (1868), ‘the general words “all debts” were not intended to be taken in a sense absolutely literal… the clause making the United States notes a legal tender for debts has no reference to taxes imposed by state authority, but relates only to debts in the ordinary sense of the word, arising out of simple contracts or contracts by specialty, which include judgments and recognizances.’ It also stated in Hagar v. Reclamation District No. 108, 111 U.S. 701 (1884), ‘The acts of Congress making the notes of the United States a legal tender do not apply to involuntary contributions in the nature of taxes or assessments exacted under state laws, but only to debts in the strict sense of the term; that is, to obligations founded on contracts, express or implied, for the payment of money.’”

Think of it this way: in the same section of the Constitution (Article I, Section 10), it states, “No State shall… coin Money”. Now, imagine that Congress, as a cost-cutting measure (I know, I’m dreaming here), decided to shut down the U.S. Mint, which coins all of our money (under Section 8). They realize that we all still need quarters, dimes, nickels and pennies, so they pass a law requiring every State to coin its own money.

Well, then, that means that every State would have to coin money, right? It’s the law!

Wrong. As I tried to explain to that State Representative, any “law” that’s passed by Congress only has the force of law if it’s Constitutional. Article VI, Paragraph 2 states, “This Constitution, and the Laws of the United States which shall be made in Pursuance thereof… shall be the supreme Law of the Land.” So if a law is passed which is not made in pursuance of the clear words of the Constitution, than that “law” is not a “law” at all — as John Marshall, the first Chief Justice of the U.S. Supreme Court, said in Marbury v. Madison, 5 U.S. 137 (1803), “an act of the legislature, repugnant to the constitution, is void.” Justice Stephen Johnson Field, delivering the opinion of the court in Norton v. Shelby County, 118 U.S. 425 (1886), wrote, “An unconstitutional act is not a law; it confers no rights; it imposes no duties; it affords no protection; it creates no office; it is, in legal contemplation, as inoperative as though it had never been passed.” Alexander Hamilton, the first U.S. Secretary of the Treasury and the man whose face graces the ten-dollar bill, wrote in The Federalist No. 33, “acts of the large society [that is, the federal government -- WG] which are not pursuant to its constitutional powers… will be merely acts of usurpation, and will deserve to be treated as such.” And Thomas Jefferson, the principal author of the Declaration of Independence and the third President of the United States, stated emphatically in the Kentucky Resolutions of 1798, “Whensoever the General Government assumes undelegated powers, its acts are unauthoritative, void, and of no force.” 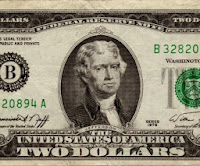 The same would hold true if Congress passed laws requiring States to enter into a Treaty, Alliance, or Confederation; grant Letters of Marque and Reprisal; emit Bills of Credit; pass Bills of Attainder, ex post facto Laws, or Laws impairing the Obligation of Contracts; or grant Titles of Nobility — because every one of those things is clearly and expressly prohibited for the States in Article I, Section 10… just like coining money.

So then, what about that law, which says that Federal Reserve Notes are “legal tender for all debts, public and private”? Does it mean, as that Georgia legislator implied, that States are required to obey that law and use FRNs for all debts owed by and to the State? And does it mean, as he further implied, that the Constitutional Tender Act was unnecessary, since Georgia was in compliance with federal law?

Obviously, the answer is an emphatic NO. By following that law, like every other State in America, Georgia has made some other “Thing” a ”tender in payment” (that is, they have made something else an offer as payment); they have by law declared that they will accept, and pay out, Federal Reserve Notes for any debts owed to or by them. Therefore Georgia, like every State, is in violation of Article I, Section 10 of the U.S. Constitution. That is why there is a need for the “Constitutional Tender Act” — a bill template that can be introduced in every State legislature in the nation, returning each of them to adherence to the United States Constitution’s actual “legal tender” provisions.

Hey — why not join us, and take action in your State?

(By the way, “legal tender” laws, along with the Federal Reserve Act itself, very likely are unconstitutional, so States could probably “nullify” those laws as well; but that can be saved for another article.)

Posted by ConstitutionalTender at 10:02 PM