Senate Bill No. 99 has been introduced by State Senators Greg Walker and Jim Banks to free US-issued gold and silver coins from sales, use, and capital gains taxes.

SB-99 will add a new Chapter to the Indiana Code effectively making all taxes on gold and silver coins and transactions a thing of the past. From the bill’s synopsis: 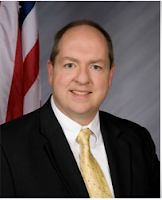 On Monday, January 7 it will be read and referred to Committee on Tax and Fiscal Policy where co-author Sen. Walker sits. Should it pass on to the rest of the legislature then on to the governor’s desk and signed, the bill would become law by July 1 and the income tax aspects would be in effect January 1, 2014.

The fiscal impact report estimates that 2% of the US Mint’s gold and silver coins are in Indiana, calculating a $9.4 million loss in state revenue from retail and capital gains taxes. If accurate, that is a nice takeaway for Indianans who choose to transact with what the US Constitution lays out as legal tender under Article I, Section 10 – which reads “No State Shall…make any Thing but gold and silver Coin a Tender in Payment of Debts”

Dr. William Greene, in a paper for the Austrian Scholars Conference, explained how state legal tender laws can be an effective method to ending the fed from the bottom up. In essence, pulling the rug out from under their monopoly control of money:

If you live in Indiana, contact your state legislator. Let him or her know of your support for SB-99 and that you expect him/her to become a co-sponsor. Click here for contact information.

Nick Hankoff is a monthly co-host for Tenther Radio, a member of the TACs national outreach team, and the Chair of the Los Angeles County Repubulican Liberty Caucus.

You can voice your opinion about this bill by contacting your Indiana Legislators. For their contact information, visit: http://www.in.gov/legislative/2345.htm
Posted by ConstitutionalTender at 9:48 AM